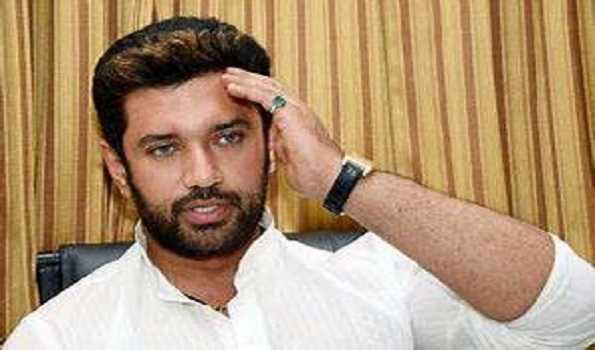 Friday, 9 July 2021 (21:14 IST)
New Delhi: The Delhi High Court on Friday rejected a plea filed by Lok Janshakti Party leader Chirag Paswan against the recognition of his uncle Pashupati Kumar Paras as the party leader in the Lok Sabha by Speaker Om Birla.

"It is well settled that the right to regulate internal disputes of the house is of the speaker. The petition is without merits," the Court said while rejecting the plea.

"I find absolutely no merit in the petition. The petition is dismissed," the bench of Justice Rekha Palli said.


The court was inclined to impose a fine on Chirag Paswan but refrained from doing so on his counsel's request.

Chirag was locked in a bitter tussle with the Paras-led faction of the LJP since the passing of his father former Union minister Ram Vilas Paswan.

Paras took oath as Union Minister in the expansion and reshuffle of Prime Minister Narendra Modi's Cabinet on Wednesday.

Earlier this month, Paras, the younger brother of LJP founder Ram Vilas Paswan, was recognized as the leader of LJP in Lok Sabha in place of Chirag Paswan after five of the six party MPs gave a letter in his support. (UNI)

Delhi HC pulls up Twitter over non-compliance with IT rules