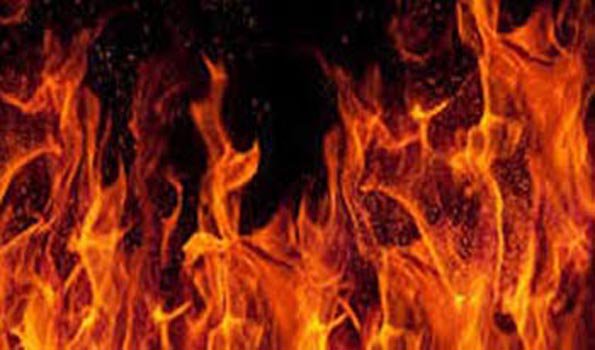 Friday, 12 February 2021 (16:26 IST)
Virudhunagar: In a gruesome tragedy, eleven people were killed and more than 30 others injured, many of them seriously, in a series of explosions triggered by a massive inferno at a fireworks manufacturing factory at Achankulam village near Sattur in Virudhunagar district of Tamil Nadu on Friday.

Police said the fire broke out at Sri Mariyammal Fireworks Factory, this afternoon leading to a series of explosions, when the labourers were engaged in making fancy variety crackers.

The fire and explosions razed down ten warehouses, where huge stock of finished crackers and highly inflammable chemicals were stored.

Preliminary investigations revealed that friction while handling the chemicals was the reason for the fire tragedy.

The identity of the deceased was yet to be ascertained, as the bodies were charred beyond recognition.

The injured were admitted to the government hospitals at Sattur and Sivakasi.

The toll might go up as the condition of few workers was stated to be critical.

District Collector R.Kannan, who visited the factory, told newsmen that a detailed probe would be conducted into the fire accident.