PSPL will tie up with SP to oust BJP from power: Shivpal Yadav 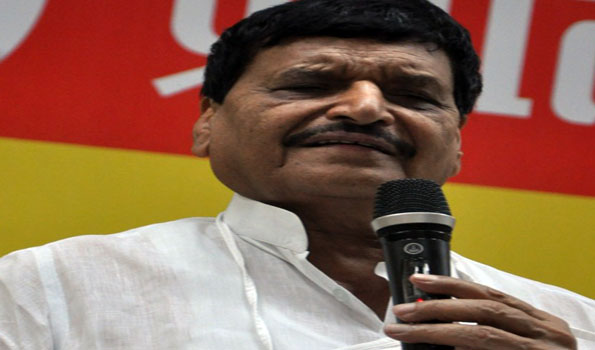 Friday, 20 November 2020 (16:40 IST)
Etawah: Shivpal Singh Yadav, chief of the Pragatisheel Samajwadi Party (Lohia), who had ruled out a merger with the Samajwadi Party, on Friday said that his party will tie up with the SP and contest the polls to keep the BJP out of power in the 2022 Uttar Pradesh Assembly elections.
Mr Shivpal gave this statement to journalists after a meeting of the district Cooperative Bank Board in Etawah. His statement seems to indicate a new politics. Following this statement of Shivpal Yadav, a new political alliance is expected to stand in Etawah and the politics of the surrounding areas.
Samajwadi Party president Akhilesh Yadav had hinted on a new politics with the announcement of not fielding a candidate from the Jaswantnagar Assembly seat in Etawah and leaving the seat for uncle Shivpal. Now, by making a statement of ousting the BJP from power in 2022, Shivpal has filled the supporters with enthusiasm.

He said that in the upcoming Assembly elections, he will reach on an understanding with the SP according to the seats. He said that neither his party will merge with any other party in any condition, nor will he fight the polls on the election symbol of any other party. His party will remain and there will be seat-sharing. Elections will be fought on this base itself.He averred that talks are going on with other parties, but will insist on an alliance with the Samajwadi Party to take power away from the BJP.(UNI)