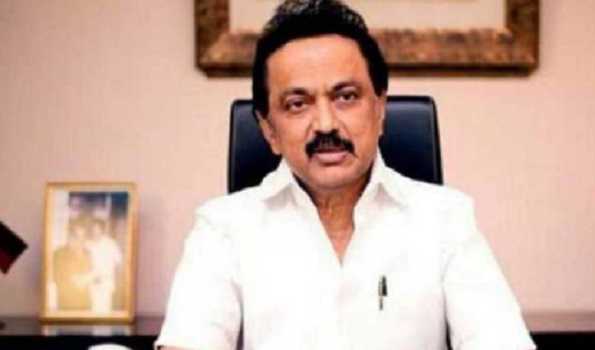 Sunday, 6 June 2021 (15:50 IST)
Chennai: The Tamil Nadu Government has announced cancellation of the State Board Class 12 exams in view of the COVID pandemic and announced formation of a committee to chalk out the modalities for awarding marks to the students.

The State government's move to cancel the exams comes close on the heels of the Centre cancelled the CBSE Plus-2 exams citing the pandemic.

Chief Minister M K Stalin, in an official release late last evening, said the decision to cancel the exams was taken after School Education Minister Anbil Mahesh Poyyamozhi held discussions with leaders of all recognised parties and submitted a report based on the opinion of educationists, politicians, teachers' associations, medical professionals, psychiatrists, students and parents.


He said though the government was firm in its opinion that the Class 12 examinations alone should be considered a qualification for higher education, medical professionals felt that postponing the examinations would mentally affect the students.

Though the decision was taken in the interest of students, the government would ensure admission to higher educational institutions, based on the State board curriculum, without any problem.

Noting that it would not be appropriate to hold national-level examinations like NEET after the board examinations were cancelled, Mr Stalin said since no announcement (on NEET) has been made so far, he had written to Prime Minister Narendra Modi, urging him to cancel all entrance examinations for admission to higher education courses.

He also pointed out that the Centre had already cancelled the CBSE Plus-2 examinations and many other States too had cancelled their board exams.

Those who expressed their views against and for the Class 12 board examinations were unanimous that the mental and physical health of students should be protected.

Recalling the medical experts opinion that a third wave was possible and the rules for vaccination were only in favour of those who were aged above 18, he said allowing students to write the examinations would further increase the spread of infection.

He also said that Tamil Nadu may be allowed to fill all professional course seats, including MBBS, on the basis of Class XII marks alone, as we have always emphasised. "I am sure that you will appreciate the fairness of my request and act upon it favourably,” he said in the letter. (UNI)