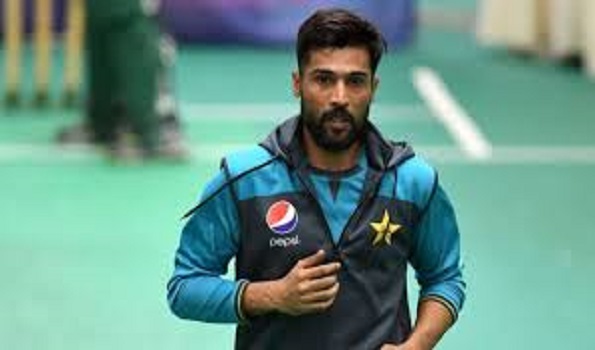 “Pakistan Cricket Board chief executive Wasim Khan spoke with Mohammad Amir this afternoon following reports that the fast bowler had announced his retirement from international cricket.

The 29-year-old confirmed to the PCB chief executive that he has no desires or intensions of playing international cricket and as such, he should not be considered for future international matches,” PCB said in a statement.


“This is a personal decision of Mohammad Amir, which the PCB respects, and as such, will not make any further comment on this matter at this stage,’’ it added.

Amir, who just wrapped up an impressive season of Lanka Premier League, has played 30 Tests, 61 ODIs, and 50 T20Is in his international career, picking up a total of 259 international wickets.

This decision draws the curtains on an intriguing career of two parts.

Amir, who began as the prodigious talent, was fast-tracked into Pakistan’s 2009 T20 World Cup side, where he made his debut for Pakistan in a T20I against England. He would go on to deliver a crucial burst in the final against Sri Lanka as Pakistan claimed the title.

After a sparkling start even in the Test format, his career went downhill after he was found guilty of spot-fixing and was banned for five years.

Upon his return for Pakistan, following a five-year ban for spot fixing, Amir played a starring role in his country’s win in the 2017 ICC Champions Trophy, snaring 3/16 in the tournament final against India in London.

He was also the side’s leading wicket-taker at the 2019 World Cup where Pakistan failed to qualify for the semifinals despite wins over both of the eventual finalists, England and New Zealand, at the group stages.

The pacer was central to Pakistan’s bowling attack across formats till 2019 when he called time on his Test career. At the time, he had cited that he wanted to “manage workload” to extend his career.

The 28-year-old has played a few ODIs and T20Is since then, but has been more active in franchise cricket.

Earlier this year, Amir had been left out of the central contract list. His last appearance for Pakistan came in the T20I series against England in August earlier this year. (UNI)

PCB discharges its own trusted pace battery, Trio left out in contract