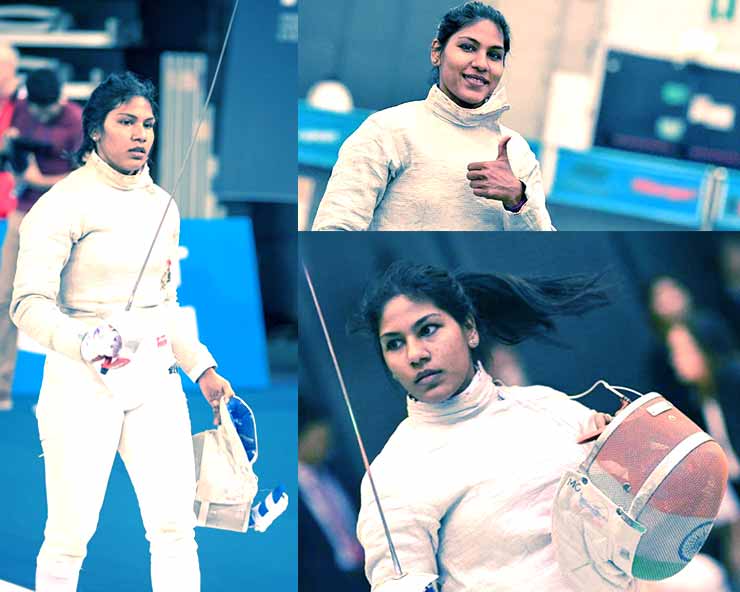 Monday, 15 March 2021 (12:37 IST)
New Delhi: In a momentous feat, Tamil Nadu's C A Bhavani Devi has become the first ever Indian fencer to qualify for the Olympic Games, after her ticket for Tokyo 2020 was confirmed on Sunday.
Bhavani, a sabre fencer, was assured of qualification for the Tokyo Olympics after host Hungary lost in the quarter-finals of the team event and Korea progressed to the semifinals in the Fencing Sabre World Cup currently underway in Budapest.This development assured her of a spot in the Olympics through the Adjusted Official Rankings (AOR) method.
Sabre fencing at Tokyo 2020 will have 34 individual spots, 24 of which will be filled by fencers from the teams that have qualified for the team event.Two individual spots were up for grabs for the Asia and Oceania region based on the World Rankings as of April 5, 2021. She is ranked 45th and occupies one of the two available slots based on the ranking.
Two of those 10 spots are allotted for Asian fencers and since the Korean fencers have just qualified through the team route, Bhavani Devi will qualify through that route.The 27-year-old's qualification will be confirmed when the rankings are made official on April 5, 2021.
The eight-time national champion had failed to qualify for the Rio Olympics. However, she stepped up efforts to secure qualification for the Tokyo games. She is currently training in Livorno, Italy, under coach Nicola Zanotti.The Tokyo Olympics are scheduled to take place from July 23 to August 8 this year.(UNI)

Congratulations to Indian fencer Bhavani Devi who has qualified for Tokyo Olympics! She has become the 1st ever Indian fencer to achieve the feat. My best wished to @IamBhavaniDevi pic.twitter.com/NFGJzuB4Dx