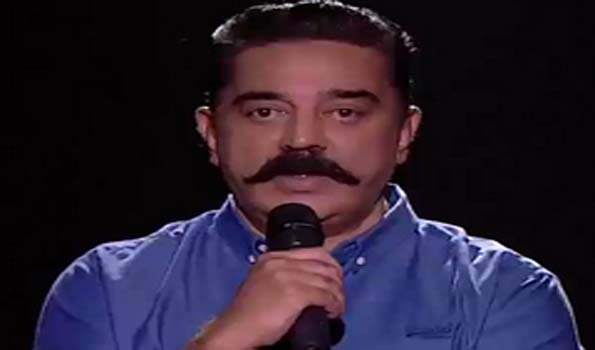 Earlier, there were reports that he might contest from Alandur seat on the outskirts of Chennai city and from another seat.

Kamal confirmed in a tweet that he would contest from Coimbatore South.

“In the battle to protect the soil, language and the people, I will be contesting from Coimbatore South. The victor will be not me, Tamil Nadu”, he said.

Talking to reporters after releasing the second list of his party’s candidates, Kamal Haasan said “this is a special day for us. I am for the first time announcing my decision to contest elections.”

“My father Srinivasan always hoped that I would become a leader. My brother wanted me to study IAS and later enter politics to serve people”, he added.

“I think time has come to serve the people now”, he said on his electoral debut frolm Coimbatore South, where he might be pitted against BJP General Secretary Ms Vanathi Srinivasan, as part of the AIADMK-led Front.

While announcing his candidature, Kamal said former actress Sripriya, who had shared screen space with Kamal in several films, will be fielded from Mylapore constituency in the city from where sitting MLA and former DGP R Nataraj of AIADMK will be seeking re-election.

He said former AIADMK leader Pazha Karuppiah, who joined the MNM recently, would be fielded from T Nagar.

Kamal also introduced a few candidates to the media on the occasion. (UNI)

HDFC Bank to bear cost of COVID-19 vaccination for employees