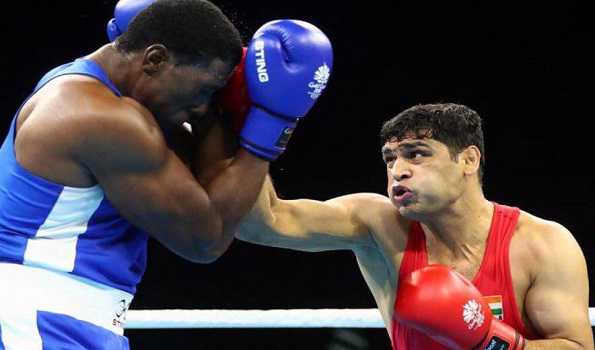 Thursday, 29 July 2021 (13:23 IST)
Tokyo: India’s super-heavyweight boxer Satish Kumar defeated Jamaican Ricardo Brown in the +91kg round of 16 bout by a split decision 4:1 to advance to the quarter-finals at the Tokyo Olympics here on Thursday.

Satish Kumar is India's first ever super-heavyweight boxer and is making his Olympic debut at the age of 32.

The Indian punter suffered a slight cut above his right eye but landed more punches through better timing and won points from all five judges.

Satish Kumar will next meet current world champion Bakhodir Jalolov of Uzbekistan in the quarter-final on Sunday. (UNI)