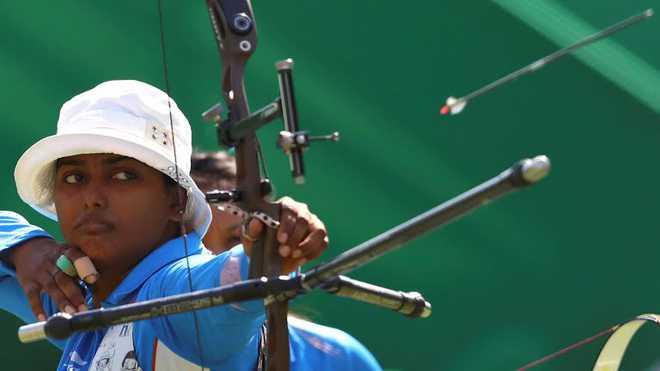 Wednesday, 28 July 2021 (17:03 IST)
Tokyo: World No 1 Deepika Kumari advanced to the Round of 16 in the women’s individual archery after beating Jennifer Mucino-Fernandez of the US 6-4 in a closely-contested match at the ongoing Tokyo Olympics, here on Wednesday.


In the fourth set, Deepika Kumari shot 6 with her second arrow, which lost her the set and the scores levelled 4-4. She began the fifth set with two 9s and finished with an 8 to score 26.

Deepika Kumari will shoot her third-round match on Friday morning at the @Tokyo2020 @Olympics.#ArcheryatTokyo #archery pic.twitter.com/HaRz3N5TrN

Fernandez had begun with two 8s and with a 10 needed to level the match, the American could only shoot 9 with her final arrow, giving the Indian archer victory.

The Indian archer had earlier beaten Bhutan’s Bhu Karma 6-0 in the Round of 64.

Deepika Kumari is already out of the mixed team archery event alongside Pravin Jadhav after they lost to South Korea. (UNI)