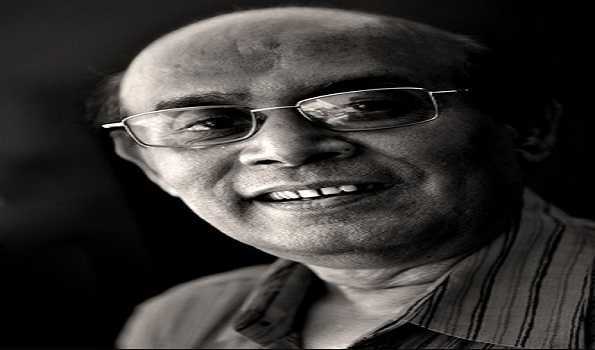 Thursday, 10 June 2021 (12:56 IST)
Kolkata:Legendary film director Buddhadev Dasgupta died at his South Kolkata
residence this morning.
He was 77.Dasgupta died in his sleep at around 6 in the morning. He had been suffering from kidney ailment for a long time. Dialysis was going on.He won numerous national and international awards as filmmaker.
Although Dasgupta gained fame as a film director, he was also a pioneer in the world of
words. There are several poems written by him. Notable among his books of poetry are
'Roboter Gaan', 'Chhata Kaahini' and more.
Chief Minister Mamata Banerjee has sent a condolence message on the demise of the director.
In her message, Ms Banerjee wrote, “I am deeply saddened by the passing of eminent film
director Buddhadev Dasgupta. He breathed his last in Calcutta today. He was 77 years old.
"Notable films directed by him are Tahadera Kotha, Bagh Bahadur, Uttara, Charachar, Mondo
Meyer Upakhyan, Kalpurush etc. His death caused irreparable damage to the film world. I extend my condolences to the family and fans of Buddhadeb Dasgupta," she added.
PM condoles demise of filmmaker Buddhadeb Dasgupta

New Delhi: Prime Minister Narendra Modi on Thursday expressed deep sorrow on thedemise of filmmaker, thinker and poet Buddhadeb Dasgupta.
In a tweet, the Prime Minister said, 'Anguished by the demise of Shri Buddhadeb Dasgupta. His diverse works struck a chord with all sections of society. He was also an eminent thinker
and poet. My thoughts are with his family and several admirers in this time of grief. Om Shanti.'
(UNI)