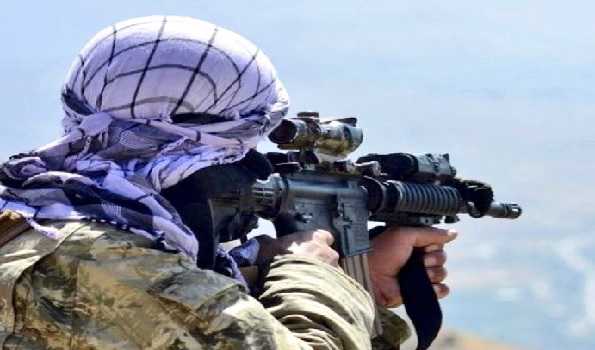 Friday, 3 September 2021 (14:37 IST)
Kabul: Fierce fighting continues to rage in Panjshir in northeastern Afghanistan as the Taliban try to capture this sole province where victory continues to elude them, with the Resistance forces of Ahmad Massoud giving them a tough fight, leading to many Taliban casualties.

According to social media accounts of the Resistance forces, with the hashtag Resistance 2.0, Massoud, the son of legendary Afghan leader Ahmad Shah Massoud, was leading the offensive from the front, which boosted the morale of his fighters who number several thousand.

“The war between Resistance forces and Taliban continues... Our forces (are) on the top of mountains... We are bringing the light back to Afghanistan,” the Panjshir Province resistance informed through their Twitter handle.

“Panjshir has been expanded to Parwan and Baghlan. In the resistance, women serve in the frontlines. They distribute food, clothing and make trenches. Some took arms, fighting this “GOOD FIGHT” on behalf of the world which abandoned them and left them at the mercy of TB terrorists! “, it tweeted.

Criticising Pakistan, it said, “If we had sea or mountains in our neighborhood and not Pakistan we wouldn’t face this issue of killing each other, also killing those Pakistanis on the ground.”

The handle quoted Ahmad Massoud as saying: “Afghanistan is a country made up of ethnic minorities and no one constitutes a majority. It is a multicultural state instead of a nation-state. For this reason, they (Taliban) cannot be allowed to rule the country, and if they have this position, we will resist them.”

“Strategic area of Salang in Parwan province is now completely captured by the Resistance Forces. More than 200 Taliban from Badakhshan surrendered and were captured in Panjshir.

“Wave of support with NRF (National Resistance Front) in Panjshir has risen from every corner of the country!,” said tweets.

According to reports, the Taliban are under siege at two points. In Khawak (in Panjshir valley), the Resistance Forces from the adjacent Andarab province attacked Taliban from the rear, and in Shotul district of Panjshir.

“The war has intensified as much as possible."

General Bismillah Mohammadi, who is part of the Massoud’s resistance force, in a tweet appealed to foreign nations, especially neighbouring countries, not to recognise the “terrorist government of Taliban”.

“We respectfully request all foreign countries and especially neighbouring countries to not accept or recognise the terrorist government of the Taliban;

it will be a big misery for the oppressed people of Afghanistan, and it can't be forgotten!,” he tweeted. (UNI)