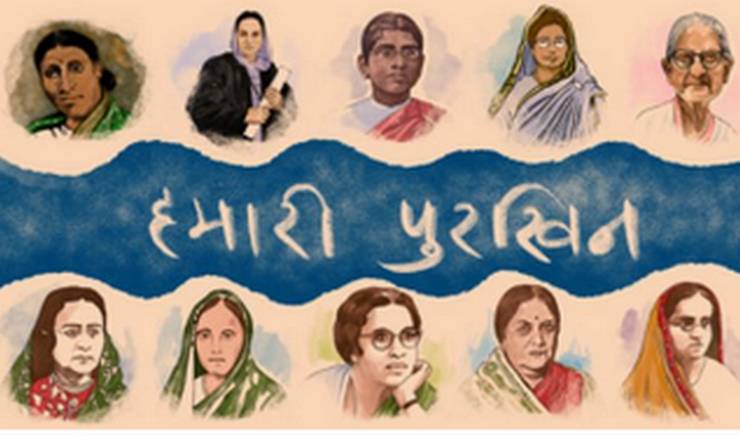 Friday, 4 September 2020 (16:02 IST)
BBC’s Indian language services are showcasing an exclusive series ‘Humari Purakhin’ (Our
Ancestors) featuring ten female pioneers who were beacons of social reform and women’s liberation in Indian history.  During the late 19 th  and early 20 th  century these astounding women fought for women rights by challenging patriarchy, social stigma and participated in India’s struggle for freedom.
The first season of ten episodes is available in text and video with two new stories every Saturday and Sunday throughout the next few weeks on: BBC Hindi, BBC Gujarati, BBC
Marathi, BBC Punjabi, BBC Tamil, BBC Telugu, including FaceBook, YouTube, Twitter and
Instagram pages.  The premiered episodes so far have been widely covered by local media
and state television channels in India.
Rupa Jha, Head of Indian Languages, BBC News said: ‘’So much has changed for women but
this change didn’t happen overnight. Many women contributed and many remain unknown.We were keen to bring such women into the lime light who were agents of change but are still confined to history books.  We carefully chose these women from across the country.These are women we all need to know about.’’
Highlights of legendary women featured in the first season of Humari Purakhin:
Muthulakshmi Reddy (Tamil Nadu): played a pivotal role in abolishing the Devadasi
system and raising the minimum marriage age for women and was instrumental in passing the bill for the suppression of brothels and immoral trafficking of women and children. She was also the president of the All-India Womens Conference.
Rokeya/Roquia Sakhawat Hossein (Bengal): feminist thinker, writer, educator and political activist also known as a pioneer of women’s liberation in South Asia. She is compared with Ishwar Chandra Vidyasagar and Ram Mohan Roy. In 1901 and 1911 she opened schools in Bhagalpur and Kolkata.
Chandraprabha Saikini (Assam): pioneered the feminist movement in Assam by liberating women from the purdah system and worked towards the education of girls.  She also participated in the non-cooperation movement.

Inderjit Kaur (Punjab): first female Vice Chancellor of Punjabi University and first female chairperson of the central recruitment agency for central government jobs (Staff Selection Commission). During the partition of India and Pakistan she ran refugee rehabilitation organisation for families and had also set up a school for refugee children in Patiala, Punjab.
Kamladevi Chattopadhyay (Karnataka): the first Indian woman to contest assembly elections. She is also remembered for being the driving force behind the renaissance of Indian handicrafts, handlooms, and theatre in independent India, as well as for the uplifting other women.
Anasuya Sarabhai (Gujarat): pioneered the labour movement in India and worked
hard for the betterment of women and poor factory workers. She founded India’s oldest union of textile workers in 1920.
Rakhma Bai Raut (Maharashtra): one of the first practising female doctors and was instrumental in raising public debate in a landmark case of legal separation which played an important role in raising the age of consent in India through a legal act in 1891.
Begum Sughra Humayun Mirza (Andhra Pradesh): philanthropist and social reformist who worked for the welfare of Muslim women. She is considered the first woman in Hyderabad who stepped out without a burqa (veil covering head to toe).

Fatima Shaikh (Maharashtra): considered one of the first Muslim teachers who worked on educating impoverished children, especially girls, at a school run by social reformists Jyotiba Phule and Savitribai Phule.
Justice Anna Chandy (Kerala): first female judge of an Indian High court who spoke out against the gender pay gap and proportional reservation in government jobs for women.