Now statue of Ambedkar turns saffron in UP 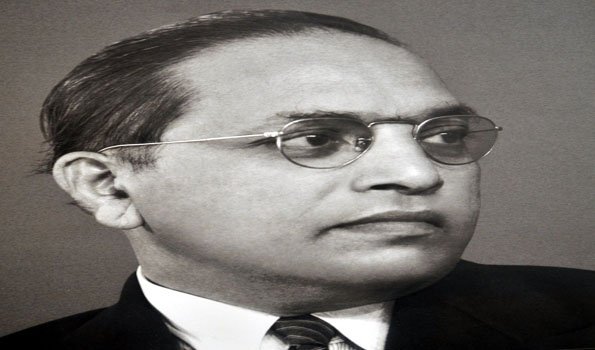 Tuesday, 10 April 2018 (13:45 IST)
Lucknow: After converting government buildings, offices and even residences, the Yogi Adityanath-led BJP government in Uttar Pradesh has coloured Dalit icon Dr B R Ambedkar saffron.A statue of Dr Ambedkar, which was recently vandalised in Badaun district, has been rebuilt, but with a change. Instead of his usual suit, Ambedkar has now been dressed in a prince suit, which is saffron in colour.
The statue was vandalised on April 7 by unidentified miscreants in Dugraiya village in Kunwargaon area of Badaun. It led to protests in the area and the administration replaced with another status of Ambedkar brought in from Agra.Most of Dr Ambedkar statues in UP are blue in colour , the official colour of the Bahujan Samaj Party(BSP) led by Mayawati. Though no official or BJP leaders are ready to say anything on the change of colour of the statue.

A senior BJP leader said here on Tuesday that the party has nothing to do with the colour of the statue, but on the other also defended that why such objection on saffron colour as it represents the Indian culture and is even in the country's flag.After the Yogi Adityanath government came to power one year ago, several government buildings, offices and residences have been painted saffron. This includes the CM office and official residences of couple of state ministers.

Recently, the UP government had sounded high alert over the vandalisation of the Ambedkar statues in different parts of the state. The opposition political parties and the BJP are at the loggerheads over the Dalit issue in the country, particularly in UP just before the 127th birth anniversary of Dr Ambedkar on April 14.

In another recent row in the name of the father of the Constitution, the UP government last month decided to change the official name of Ambedkar by including his middle name Ramji. As per the decision, all official correspondence with his name would carry it as Dr Bhimrao Ramji Ambedkar. This was done on the recommendation of Governor Ram Naik.But some political parties and Dalit organisations are opposing it saying that BJP was trying to do politics with the name of Dr Ambedkar.(UNI)