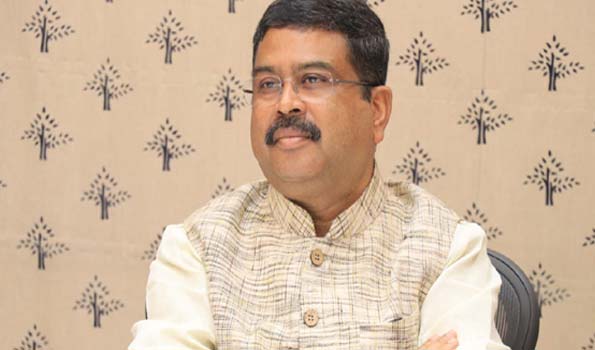 Mr.Pradhan also requested for the preservation and documentation of Swapnaswar Mahadev temple unearthed during survey of Ratnachira valley.

INTACH has recently discovered the temple dating back to 6th-7th century BC at Birapurusottampur village in Pipili Tahasil of Puri district during a survey of Ratnachira valley and its monuments.


Mr.Pradhan in a letter to Mr.Reddy has sought his urgent personal intervention in the matter and requested to direct the Archaelogical Survey of India(ASI) to undertake all possible measures for the preservation of the ancient temple .

He also requested to take steps for the documentation and conservation of other heritage monuments found in Ratnachira valley.

The Union Minister said as per the legends, Lord Ram invited Ratnachira river to quench Maa Sita’s thirst using her pearl ring to chart its course. Ratnachira valley is a gold mine of ancient Kalinga monuments, most of which were undocumented till recently.

Mr.Pradhan said the temple is locally referred as Swapnaswar Mahadev Temple dedicated to Lord Shiva estimated to be 1300 to 1400 years old.

The temple is one of the best preserved examples of early Kalingan architecture in the region but the temple’s structure is in a dilapidated state and needs immediate preservation measures.

Mr Pradhan said keeping in view the immense historical, spiritual and socio-cultural importance of the temple and heritage monuments in the Ratnachira valley the ASI should be directed to undertake all measures for conservation of the monuments. (UNI)

Hyder, a rickshaw puller to most notorious Gangster in Odisha killed in a police encounter