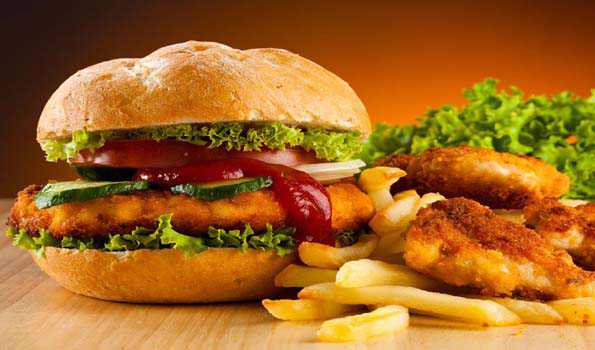 Saturday, 10 February 2018 (15:08 IST)
New Delhi: Several measures have been taken to take care of the problem of children eating junk food by watching advertisements on television, the Lok Sabha was informed on Thursday.
Responding to supplementaries during Question Hour, Minister of State For Information & Broadcasting Rajyavardhan Rathore said to curb the habit eating more junk food was increasing among people by watching advertisements on television.
The Minister said Food Safety and Standards Authority of India (FSSAI) has signed an MoU with Advertising Standards Council of India (ASCI) to proactively curb misleading or unsubstantiated advertisements in the food and beverage sector.
He said Food Safety and Standards Act, 2006, was already there and product manufacturers can voluntary give health warnings in the ads.
The FSSAI and his ministry was considering that High Fat and Salt Foods (HFS) lable can be put on food items, warning against its harmful affects, he said.
He said the Ministry of Health and Family Healthcare has informed that FSSAI has constituted an expert group to address the issue of HFSS.
The expert group in its report made a recommendation regarding 'Ban on foods with HFS advertising on children's channels or during children shows.'
Bodies like Food and Beverages Alliance in Indai (FBIA) have already decided to voluntarily restrict food and beverages advertisements concerning children, the minister informed.
Nine major Food Business Operators have joined this campaign and have decided not to advertise products with high fat, salt or sugar on children's channels.
He said if the Health Ministry makes the law to ban such advertisements, then only they can take any action.(UNI)

Hindus urge FDA to mandate listing of gelatin source on food, which many times is beef

Centre orders probe into death of J'khand girl due to starvation